Research into the molecular mechanisms of common yeasts and bacteria at the University of the Free State in South Africa seeks to exploit the roles of lipid molecules as instigators of disease symptoms towards development of new therapeutics and antifungal agents.

A rich and diverse population of bacteria and fungi live in a mutualistic fashion within the human body. Unfortunately, when their normal balance is disturbed, their populations can respond with rapid growth, giving rise to infection. Because such disturbances typically follow an event of ill health, the impact of such infections may have severe consequences, especially for already immune-compromised individuals. For example, fungal infections caused by the Candida yeast are common among individuals who are HIV-positive and can inhibit their nutrition. Candida species infections can also exacerbate infection by the tuberculosis bacterium or lead to deterioration in patients with cystic fibrosis or head and neck cancers. Similarly, infection by pathogenic Cryptococcus causes serious fungal infections that can result in pneumonia-like symptoms, infertility, central nervous system damage, encephalitis or death.

In South Africa – where the incidence of tuberculosis is high, low birth weight and infant mortality are prevalent, sexually-transmitted infections are widespread and HIV infection is at epidemic proportions – pathogenic yeasts lie at the intersection of a number of priority health issues: women and children’s health, and infectious and noncommunicable diseases.

ADDRESSING THE PROBLEM
The Pathogenic Yeast Research Group at the University of the Free State in South Africa is focused on the role of bioactive lipids, the fatty molecules fundamental to cellular growth in both hosts and pathogenic yeasts, with the aim of furthering development of new drugs and treatments to counteract yeast infections. The group is particularly interested in the role of these lipids in multispecies infections, as found in cystic fibrosis, peritonitis and tuberculosis, and in cancer-related and female reproductive tract infections. In addition, they aim to discover more about the vulnerability of yeasts to antimicrobial compounds, in order to counteract the growing problem of multidrug-resistant yeast strains.

This group was the first to discover yeast oxylipins, or oxidised fatty acids, including prostaglandins. One member, Dr Carolina Pohl, is an expert in lipid metabolism in yeasts and has been involved in the discovery of the antifungal effect of acetylsalicylic acid – an oxylipin that is a mitochondrial inhibitor and anti-inflammatory compound. Since making these findings, her work has mainly concentrated on biofilm formation and subsequent infection by the Candida species C. albicans and C. dubliniensis – highly related strains that behave in similar ways, which makes them ideal as model systems of pathogenic yeasts. “These two species both have the ability to produce the lipid signalling molecule prostaglandin E2 (PGE2), and react in the same way to this chemical by producing germ tubes,” Pohl explains. “With both, the formation of biofilms, and subsequent increase in ability to form PGE2, is an important disease-causing mechanism through the stimulation of inflammation.”

THE ROLE OF OXYLIPINS
Oxylipins have ancient origins as signalling molecules, elements of which are conserved across different kingdoms of life. Pohl recently undertook a review of oxylipin mediation of diverse inter-organism communication that leads to beneficial or deleterious interaction: between plants, animals, fungi and bacteria. Although the mechanism by which yeasts ‘sense’ the presence of bioactive lipids in their environment or host remains unclear, the review has led Pohl to conclude that oxylipins are central elements in adaptation and survival; in some instances they aid organisms to defend themselves, propagate or prompt symbiotic relationships, whereas in other situations they can induce pathogenesis.

Pohl’s research has shown that some yeast oxylipins work by mimicking host signalling molecules to induce an immune response. They can also bring about structural changes in the yeast that then assist its colonisation activities or help it to evade host defences. Additonally, lipids are involved in cross-talk between different cellular compartments, such as cell walls and mitochondria, which can aid the acquisition of multidrug resistance, but also underlies their potential as antifungal agents. Hence Pohl recently conducted an assessment of the effects of an omega-3 fatty acid on C. albicans and C. dubliniensis growth. In this study, the long-chain stearidonic fatty acid stopped biofilm formation by increasing reactive oxygen species production and the rate of apoptosis. The study also suggested that stearidonic acid can act in synergy with some antifungal compounds. This was the first finding that it is not just medium-chain fatty acids that can stop the growth of pathogenic yeasts.

OXYLIPINS IN MULTISPECIES INFECTION
Pohl’s investigation into the effects of supplementing levels of an omega-6 fatty acid, sciadonic acid, in epithelial cells on infection with C. albicans and C. dubliniensis, showed changes in PGE2 concentrations, but no reduction in those of benign anti-inflammatory omega-3 fatty acids. Furthermore a trial of the effects of aromatic amine phenothiazine – a constituent of several types of drugs in medical and veterinary use – on C. albicans biofilms, demonstrated significant reductions in biofilm metabolic activity and biomass and large reductions in PGE2 production.

Given their abilities to mediate communication between species, bioactive lipids in single-species yeast or host contexts are not, however, Pohl’s only line of research. Multispecies infections, particularly concerning the production of oxylipins and subsequent reactions of the host and pathogens in mixed populations of yeasts and bacteria, are a current key area of study: “Finding out more about the types and levels of oxylipins produced by different organisms when growing together may tell us more about the influence of interaction on each microbe, and the potential effects on the host,” she elaborates. Such information would be particularly relevant for understanding the oxylipin role in generating the symptoms of mixed pathogen diseases, such as cystic fibrosis.

TRANSLATING IN VITRO RESULTS
In a recent project, Pohl explored the principle of inhibiting the release of arachidonic acid – a necessary component of the PGE2 production pathway. This was achieved by substituting sciadonic acid for arachidonic acid in C. albicans and C. dubliniensis biofilms grown in vitro. Her team found that the levels of PGE2 were indeed reduced and now aim to further validate this result in experiments using in vivo infection models.

Potential approaches to mitigating yeast infections currently being tested by Pohl’s team include preventing the production of PGE2 in yeast biofilms, so reducing their proinflammatory effects: “An ideal drug target may be a metabolic pathway that is unique to yeasts and not found in the host,” Pohl muses. She is also working to identify the pathway that allows Candida species to react to the presence of oxylipins produced by either the host or other yeast cells.

Pohl is confident that greater knowledge of the role of lipids and the mechanisms of lipid metabolism of pathogenic yeasts will lead to significant advances in the near future. With a focus on their structures and their ability to metabolise fatty acids, she now plans to follow up several candidate enzymes that her team have already identified as being implicated in prostaglandin production and virulence in Candida. With the support of the rest of the Pathogenic Yeast Research Group, Pohl also intends to further explore the influence of arachidonic acid on gene expression of pathogenic yeasts, using genomic and proteomic analysis techniques. She intends for this to deliver as yet unanticipated antifungal drug targets and lead to new applications in diverse fields, from medicine to agriculture. 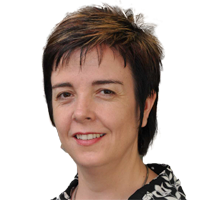 Author: This email address is being protected from spambots. You need JavaScript enabled to view it.
Dr Carolina Pohl is an associate professor in the Department of Microbial, Biochemical and Food Biotechnology at the University of the Free State, South Africa. Her research focus is Bioactive Lipids in pathogenic Candida species. She had been part of a research group studying the distribution and functions of these compounds in environmental yeasts since completing her PhD in 1999. She started her own research group in 2006, focusing on yeasts that are important human pathogens. 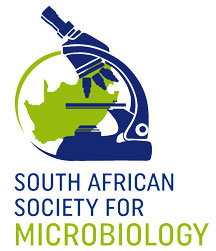